A shy and oftentimes nervous Seeker of the Sun, Kyrie is a sweet young man just trying to find his way in the world.(Warning: This carrd contains spoilers up to 6.0) 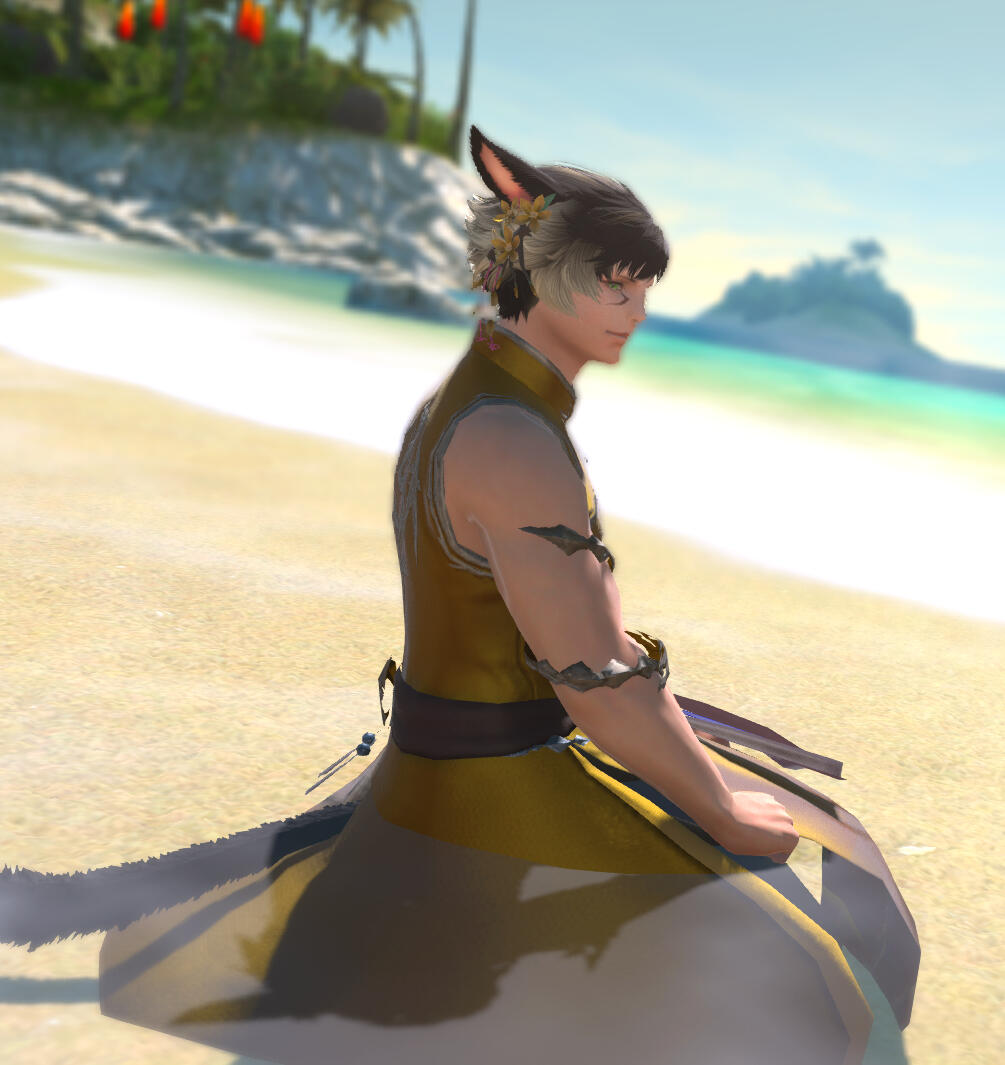 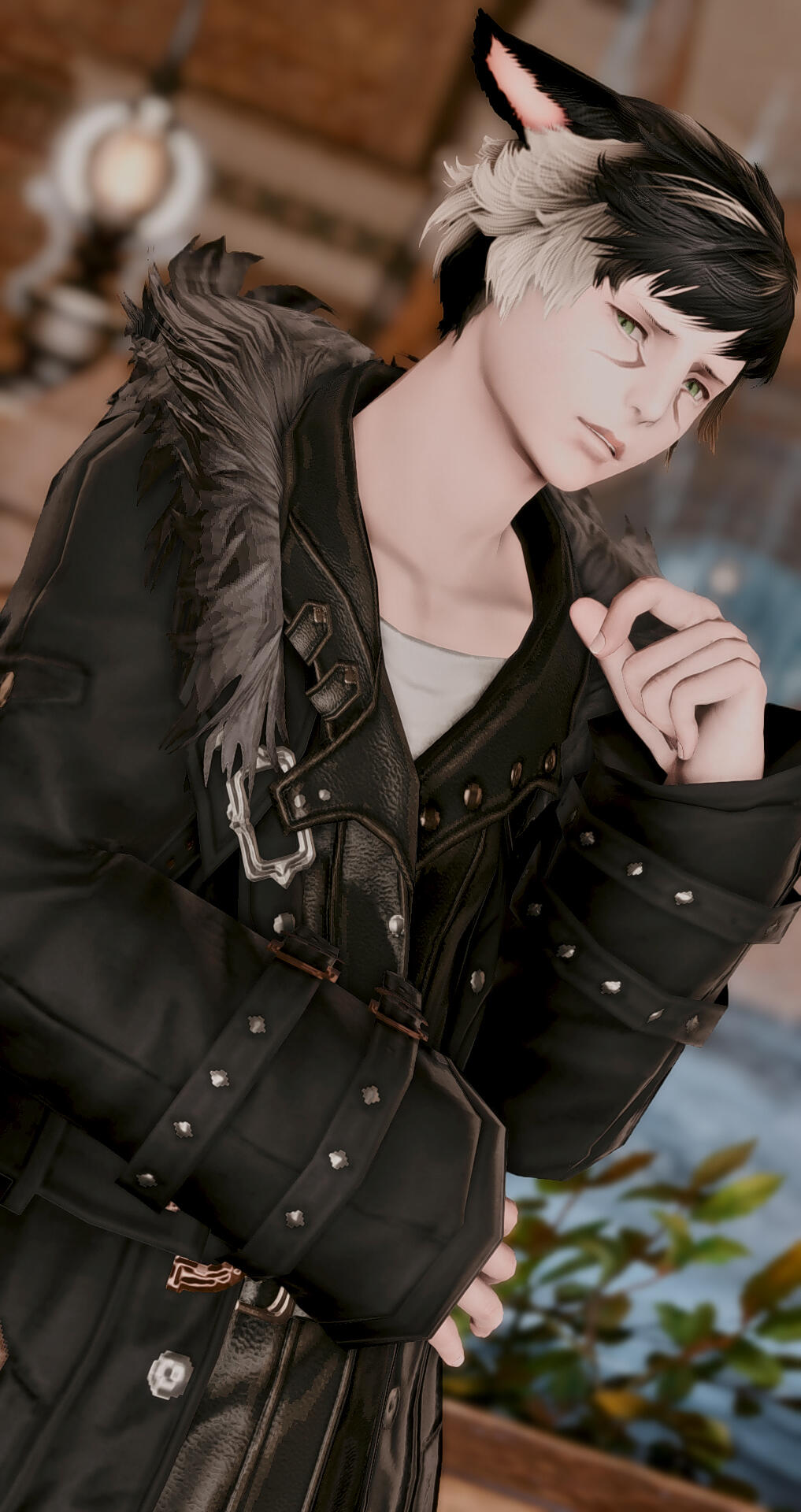 Name: Kyrie Thorne (Keer-ee-ay)
Age: 28 years old
Race: Miqo'te (Seeker of the Sun)
Birthday: 15th Sun of the 5th Umbral Moon (October 15th)
Sexuality: Gay, Polyamorous
Relationship Status: In a relationship with Kinnison Shields, Koji Mido, and Talu'a Linme
Occupation: Cook/Dancer
Personality: Kyrie is a very shy person, although he is frequently trying to break out of his shell as of late. Nervous and often a stuttering mess, he has trouble talking with others as his social anxiety often gets the best of him. He is a very kind person though, often pushing away his own insecurities and fears to help others. Resilient and ever-loving, Kyrie is someone who will do anything for those he considers special to him.
Backstory: Much of Kyrie's past is a mystery, especially considering that he doesn't even use his birth name. He rarely talks about what happened to him before he came to Ul'dah, and if pressed too hard about it, he has the tendency to burst into tears.What is known is that one way or another, Kyrie came to Ul'dah to live with his brother for a time, before moving into his friend Talu'a's apartment. He got a job at the Grand Fate Cafe to cover for his friend until he came back from his trip overseas. He did so well at his position, however, that he was offered permanent employment. After which, he began a relationship with his boyfriends, all of whom he adores.Currently, Kyrie is training to become a better fighter though he's still very unsure about what kind of weapon suits him best. But despite his nervousness about fighting in general, he wants to learn how to keep himself and those he loves safe because he knows what kinds of terrible people can lurk within the world.

- Need a good cook or dancer? Kyrie is always happy to help!
- Quite the artist, Kyrie makes some rather beautiful still life portraits. Perhaps you can commission him if you'd like to have a beautiful drawing of yourself or your loved ones?
- Looking for a pupil? Kyrie is currently trying to better himself in the ways of fighting! Plenty of patience may be needed though, as he is quite new to the art of battle.
- Kyrie has a number of Alternate Universes as well, so feel free to check those out! 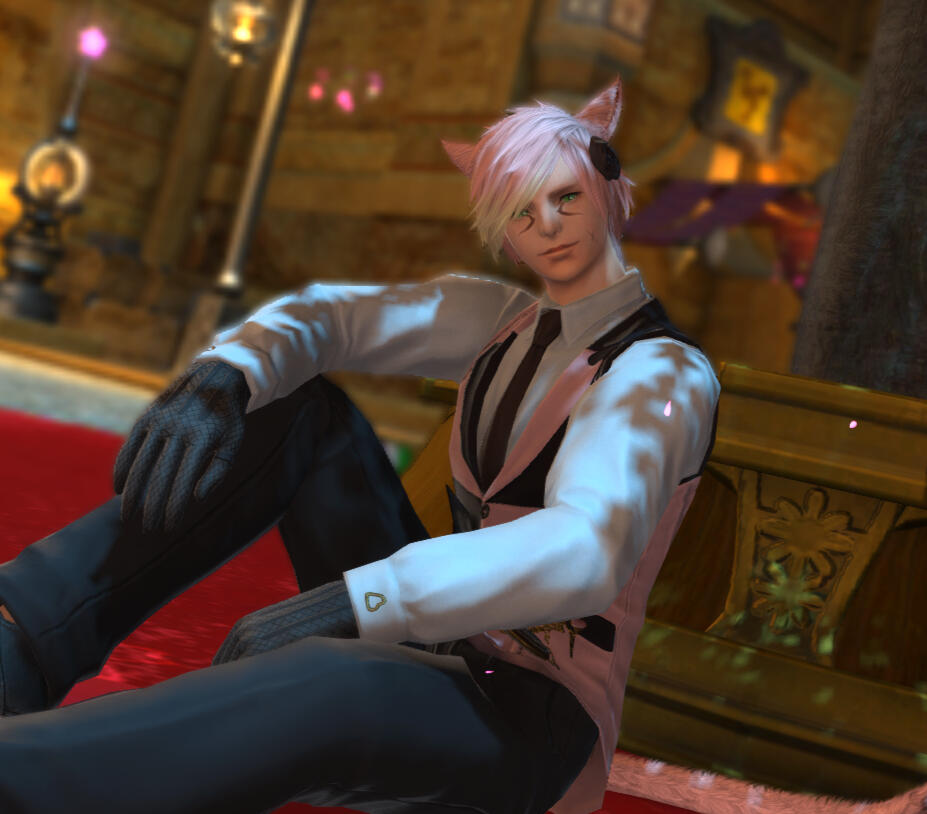 Out of Character Information

Hello, hello! This section is about the roleplayer behind Kyrie. I'm 25 years old and I honestly am still figuring out a lot about this boy here. I mostly enough fluffy rp, though I don't mind the occasional angst and mature themes from time to time. If you're unsure if I'm okay with something, simply ask! I won't be offended. Kyrie and I both enjoy meeting new people and making new friends, so please feel free to say hello!My discord is CowboyCatto#6000 feel free to send a message my way!

These are events and places that Kyrie takes a part in, but it's not canon. Mostly just for my own fun and amusement so keep that in mind! (Warning: Potential spoilers ahead for end-game so read at your own risk!) 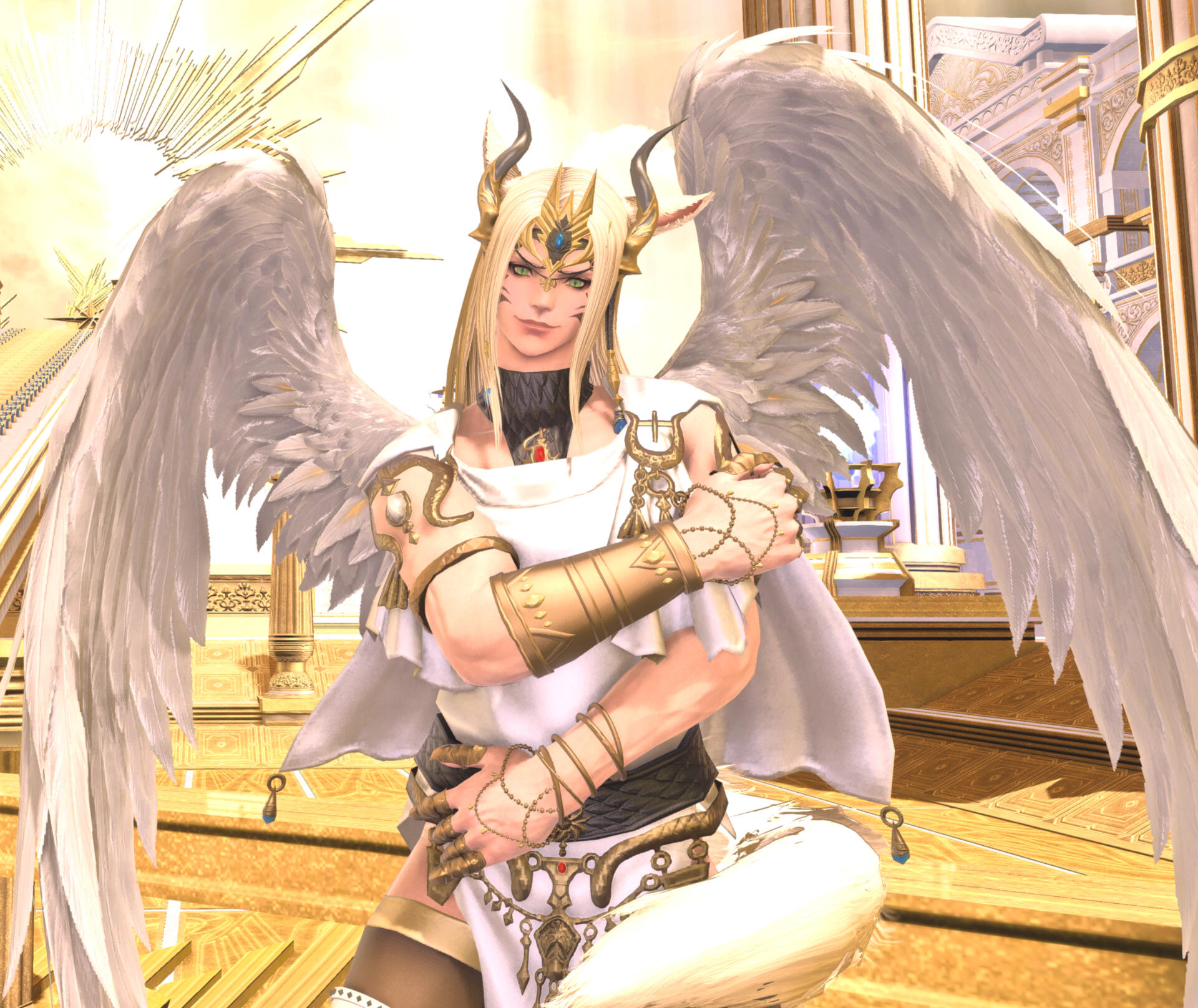 Name: Lea-Kien (Lay-Kee-En), often goes by 'Kyrie'
Age: 128 years old
Race: Sineater (Forgiven Disobedience)
Personality: Lea-Kien has often been described as having a 'dog-like' personality. Happy-go lucky and eager to please, he's probably one of the nicest sin eaters that one could have the misfortune of meeting. Disliking violence, Lea-Kien prefers to settle things with words or in drastic cases, draining somebody's aether. He's also surprisingly clingy with both mortals and other sin-eaters alike, often asking for physical affection from both.Backstory: Lea-Kien was born in the First to a great warrior sometime before the Flood. Being the eldest son, he was expected to take on his father's prestigious mantle and continue the tradition of warriors. However, Lea-Kien was ever a gentle soul, and he could never bring himself to harm another despite the immense strength he inherited from his father. Deciding to take the path of an artist instead, Lea-Kien adopted the nickname 'Kyrie' and moved away from the disappointment of his family so he could live in peace.Some years later, with minor success in his artistic endeavors, Lea-Kien went back to his family's home for his first visit since he'd left, hoping to mend the bridges with his family. When he arrived however, he was shocked to instead find a gruesome murder scene. Every member of his family was slaughtered, even his youngest siblings who were still only children. A previous enemy of his father's was responsible for the attack, and it completely broke the Mystel.It was here, wandering in the wilderness with nothing to his name, that Lea-Kien was approached by a strange man. They offered him to be a part of something bigger so that he was not only helping mankind at large, but so that he would never have to be alone again. Lea-Kien took his offer and has never once looked back.

Image taken by the lovely Cerberus! Go check them out: cerb-shots.crd.co/

Name: Kimaris (Kim-air-eez), previously known as 'Kaius'
Age: ???
Race: Voidsent (4th Rung)
Personality: Kimaris is often viewed as pathetic by others of his own kind, but any mortal who has crossed his path knows better. A master manipulator, Kimaris often acts weak in order to get what he wants, be it sympathy or having his foes underestimate him. But as soon as the mask is taken away, he's a vicious creature with a penchant for making others suffer for his amusement. Always scheming, one never knows what terrible ploy this demon will concoct next.Background: How Kimaris himself came to be is a mystery, but the most well-known story about the voidsent is how he came to possess his current host. Taking advantage of a young man's desire for revenge against the man who wronged his mother, Kimaris planted dangerous ideas into the lad's head, leading to him setting out to sea in search of his target. Using his powers, Kimaris helped the young man trap the object of his revenge, but it came at a cost. In a place where the lad couldn't escape, he freely gave up his body to the demon, simply happy at having gotten the revenge he'd desired all his life. 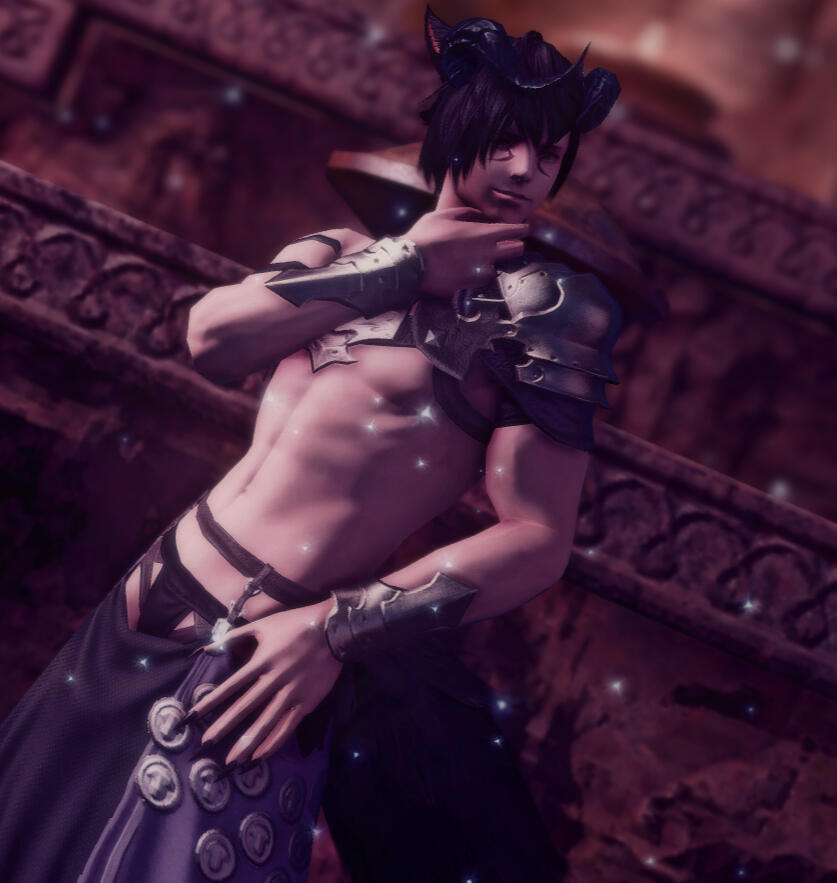 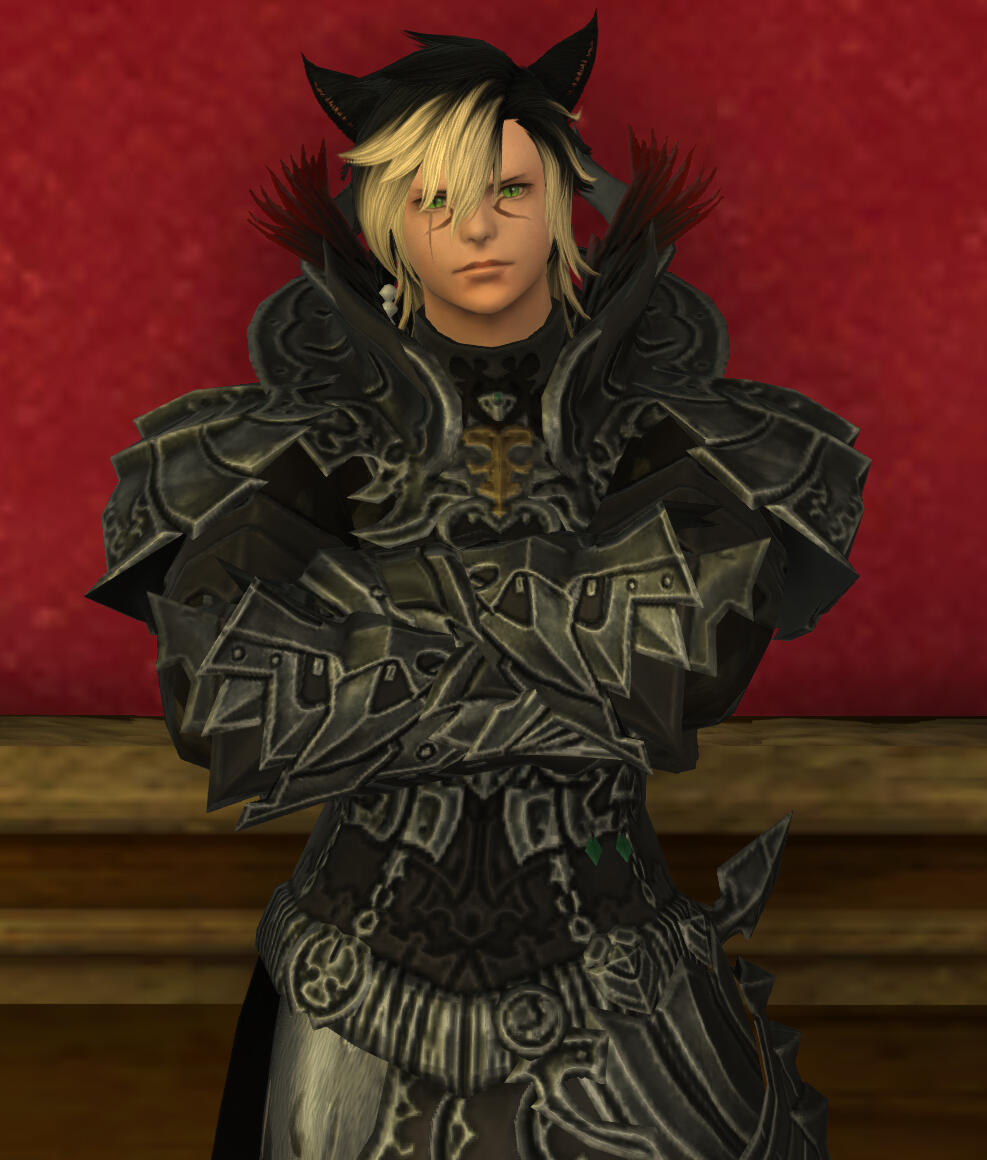 Name: Kiamoux Tia
Age: 24 years old
Personality: Kiamoux Tia is a quiet man, though not by choice if the burn scars on his throat are any indication. Often described as sullen, edgy, and easily angered, Kiamoux isn't someone you want to mess with. However, he does have a softer side that few get to see. He genuinely cares about those around him, though he'll never admit it.
Backstory: Kiamoux was born and raised in Ishgard. His father, R'axiri Tia, was offered asylum there with his family in exchange for him killing dragons in the Dragonsong War. All good things come to an end however, and one day, Kiamoux woke up to him and his family burning alive in the house they were given. What caused the fire is still unknown, but Kiamoux was the only survivor.Afterwards, Kiamoux dedicated himself to becoming a dark knight after meeting his mentor. His skills and a certain blessing end up with him becoming one of the Warriors of Light. Trying his best to help stop the world from ending, it's hard to know if perhaps the pressure of saving the world will crush the man whose shoulders that duty rests on.

Name: K'vhazi Tia
Age: 23
Personality: K'vhazi is known to be loud, boisterous, and always excited to take on a new challenge, whatever that might be. Intelligent, strong, and domineering. K'vhazi shows fear to no one but shows respect to all unless you show him you don't deserve it otherwise. Despite appearances, he is probably the kindest privateer you could find on the open seas.Background: Captain K'vazhi has been running with pirate and privateer crews since he was a small lad. He proved himself capable in battle when he was older and was known quite well as a marauder. Eventually, he was well off enough to become a captain, have his own crew, and his own ship.After raiding a Garlean ship carrying artifacts from Ala Mhigo however, K'vhazi discovered red magic, and learned everything he could to become a proper red mage. His brother, K'ziri, learned blue magic as well and the brother mages now rule Garlean waters with an iron fist. K'vhazi himself has done so much in privateering for Limsa Lominsa, that he's earned the nickname, 'The Blood Mage'. 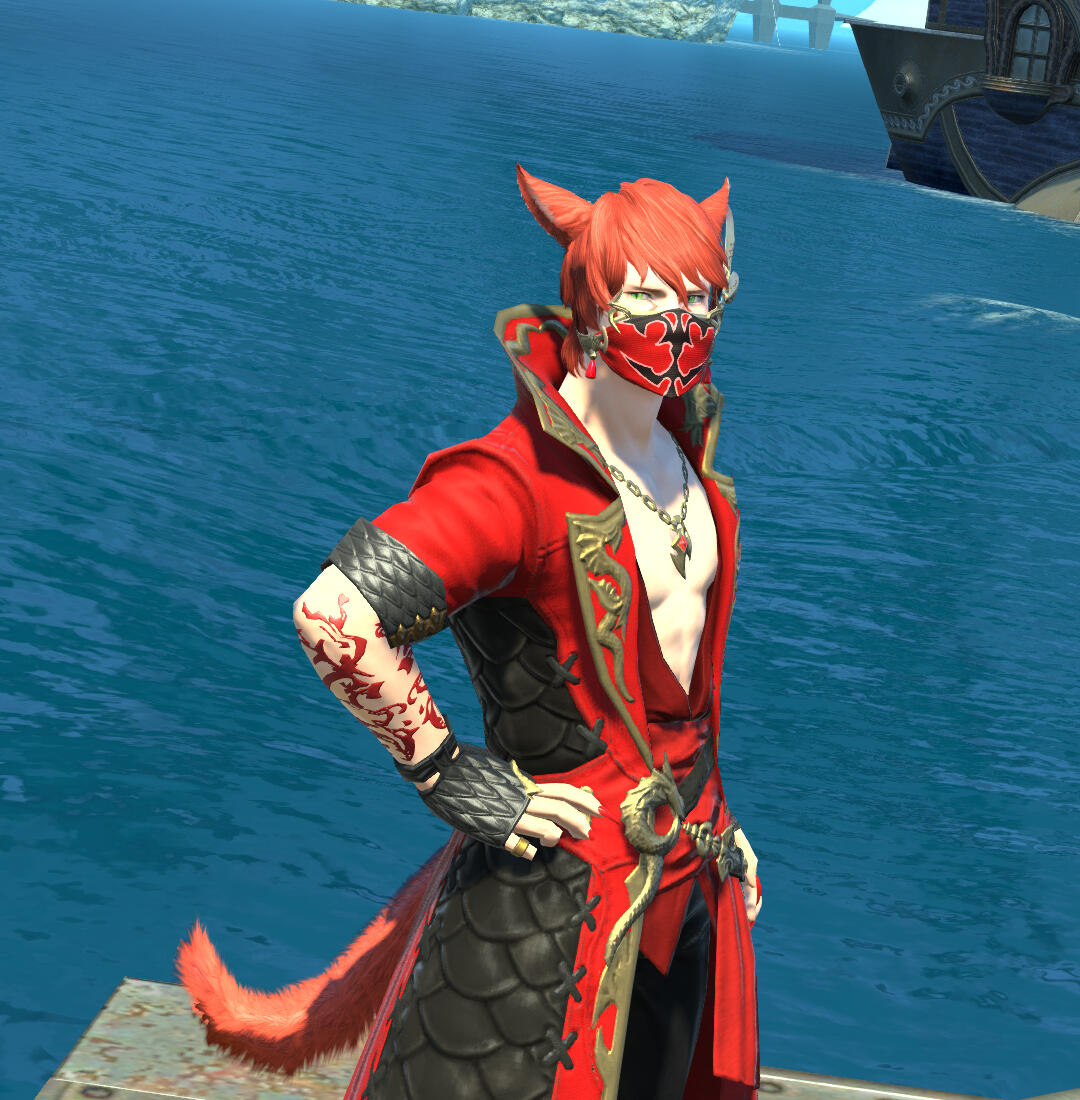 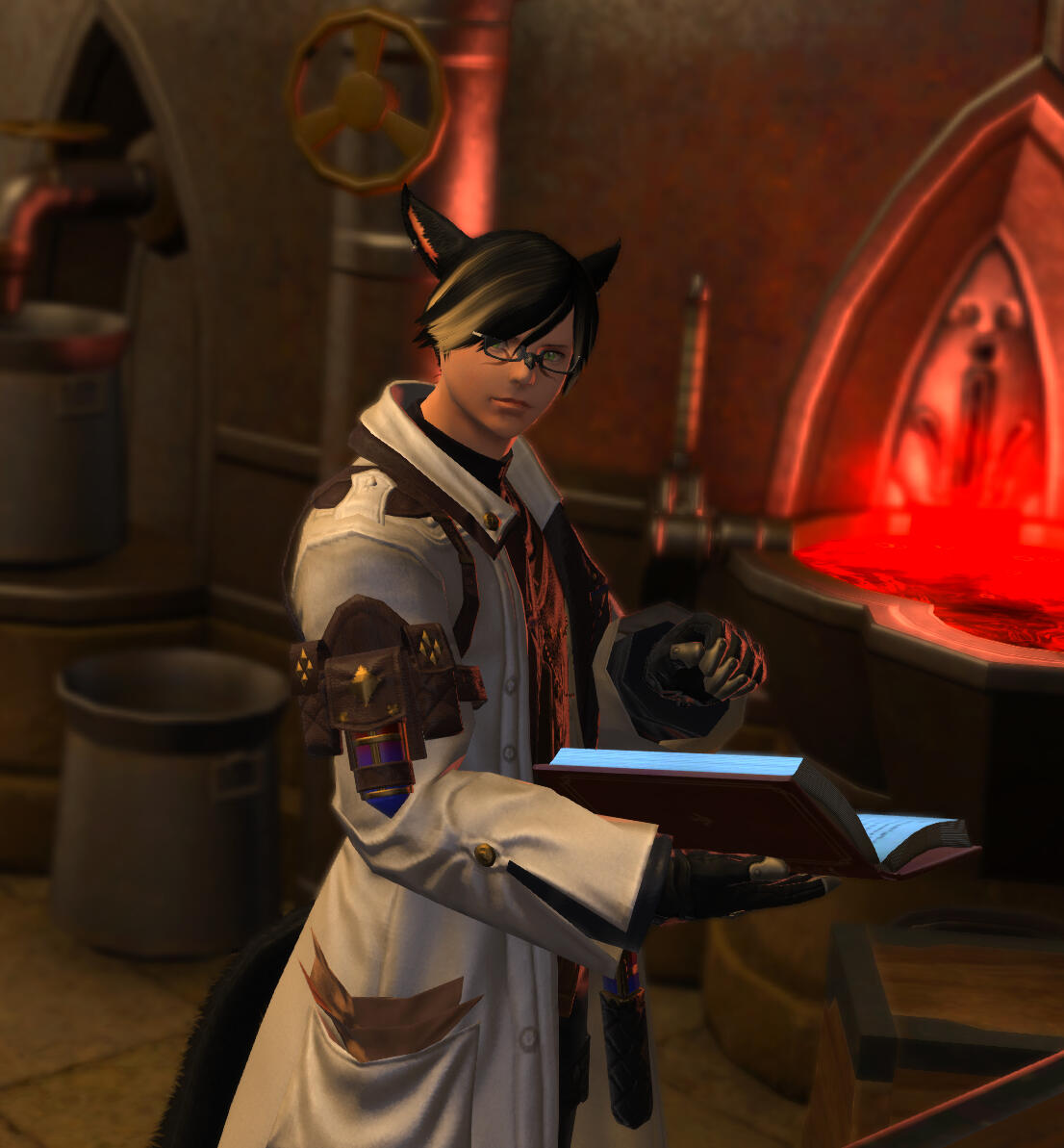 Name: Kassius Cirillo
Age: 30 years old
Personality: Neurotic, strange, and known in his field as a genius, Kassius is a bit of a hard person to get a grasp on. He jumps from idea to idea in the blink of an eye, not realizing he often leaves others' in the dust. He's socially awkward, messy, and has a penchant for daydreaming which all lead to a particularly dead social life. Must to the dismay of his assistant, Tilly.
Backstory: From a young age, Kassius has always had quite the ability for science and mathematics. After his mother died from illness and he was left to raise his younger brother by himself, Kassius put himself even further to his studies. He graduated from his university early and often handles secret research for the government. Of late, he's been working on a side project that has been taking up most of his free time, to the point where his assistant is worried about his mental health. 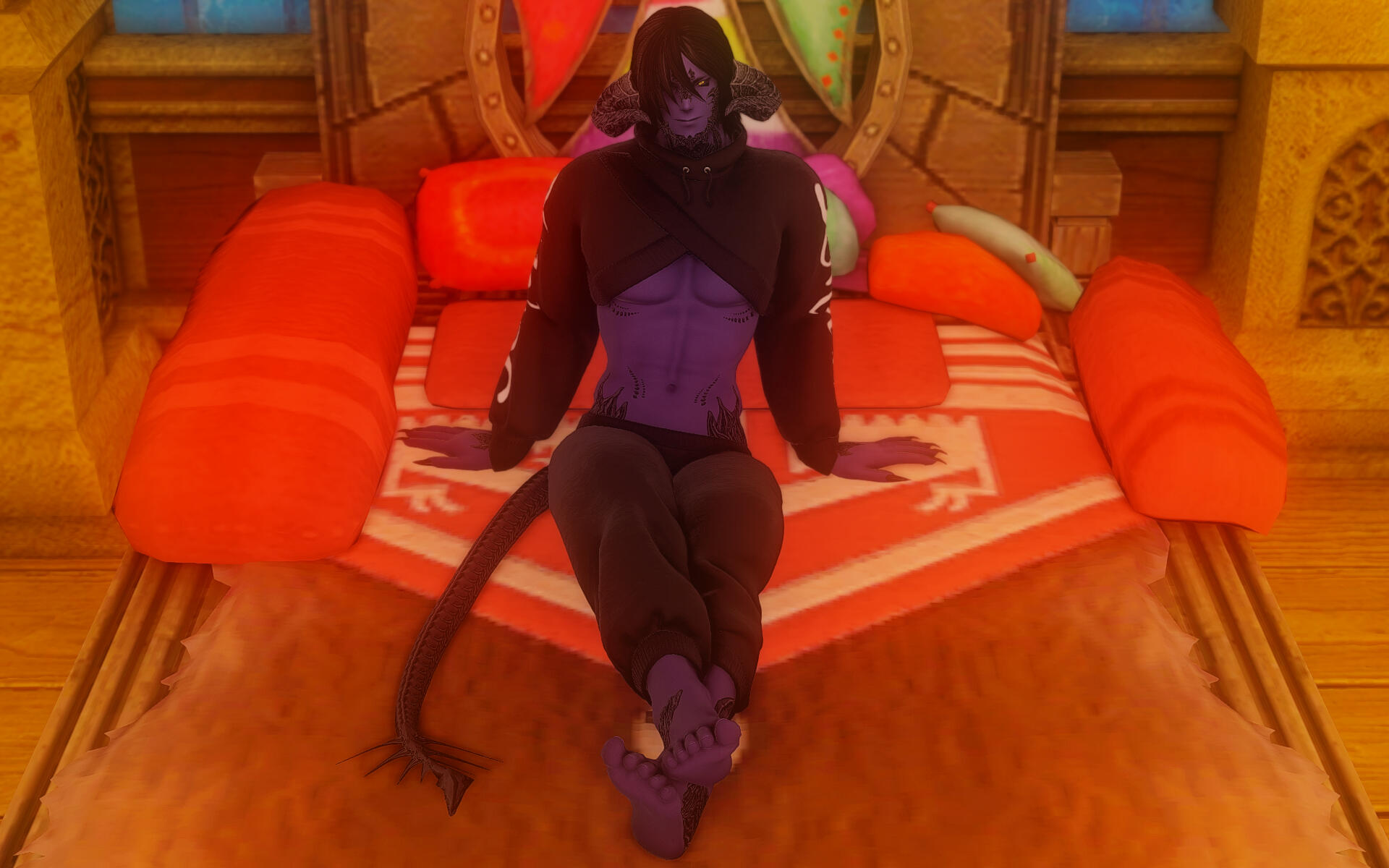 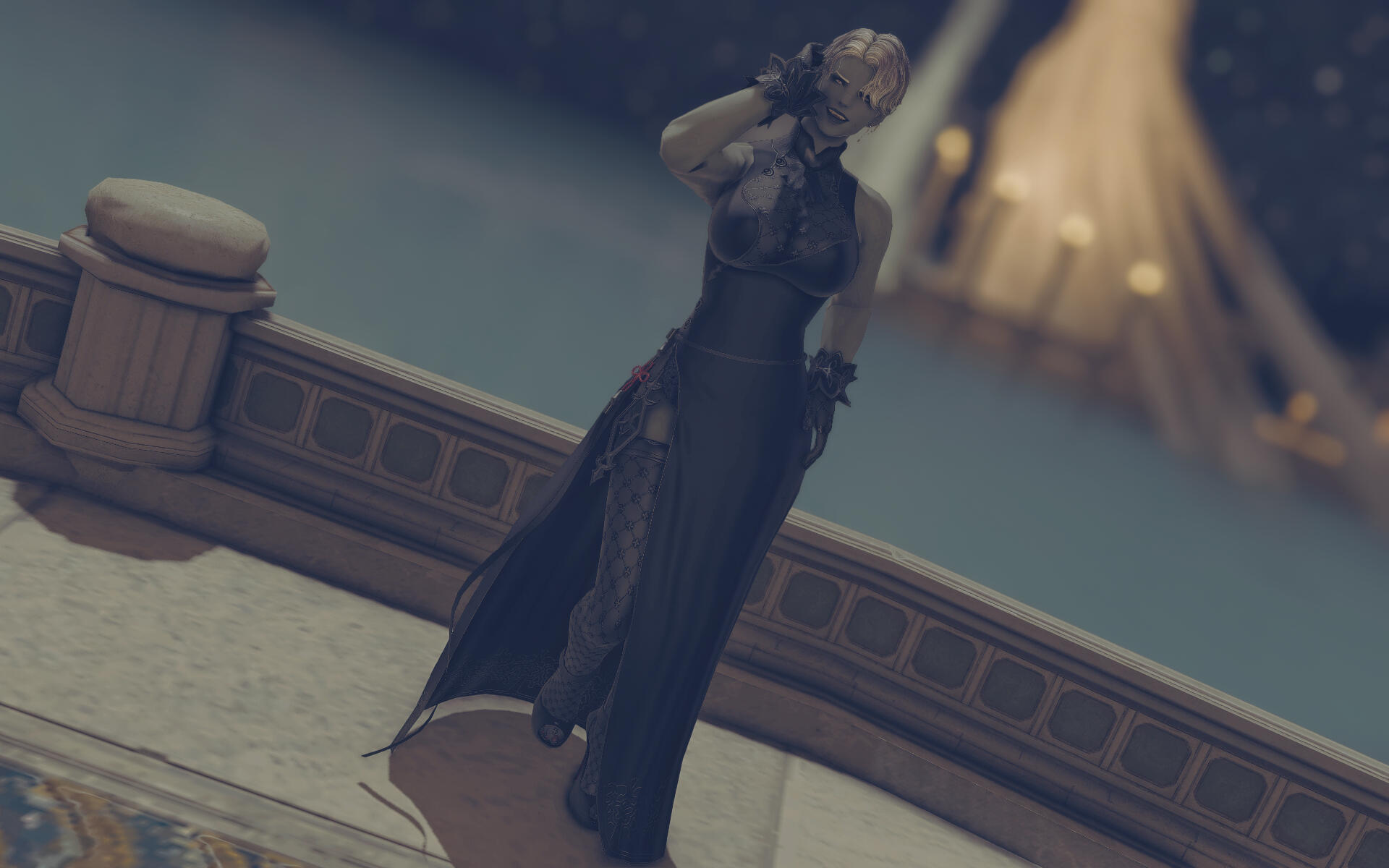 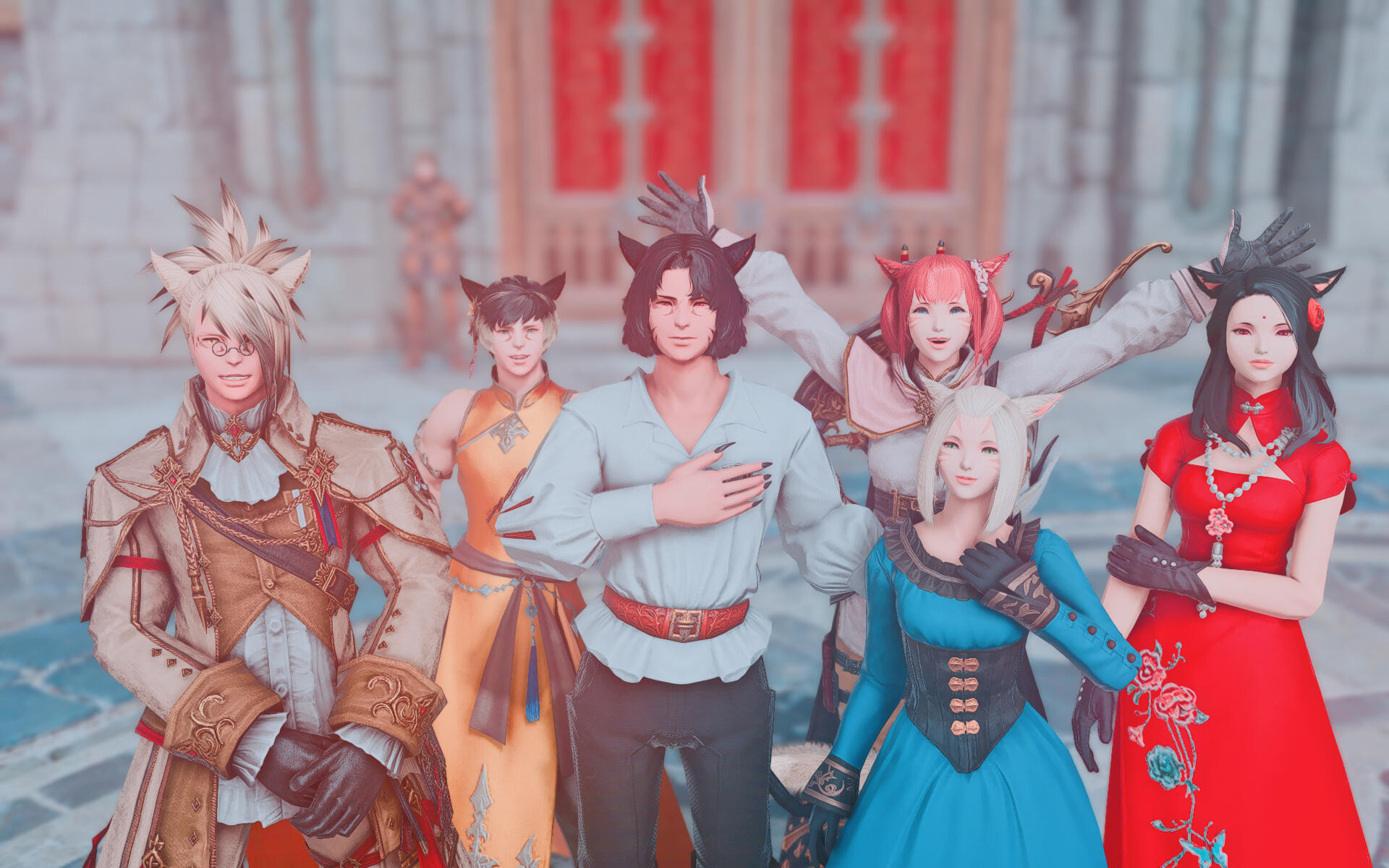 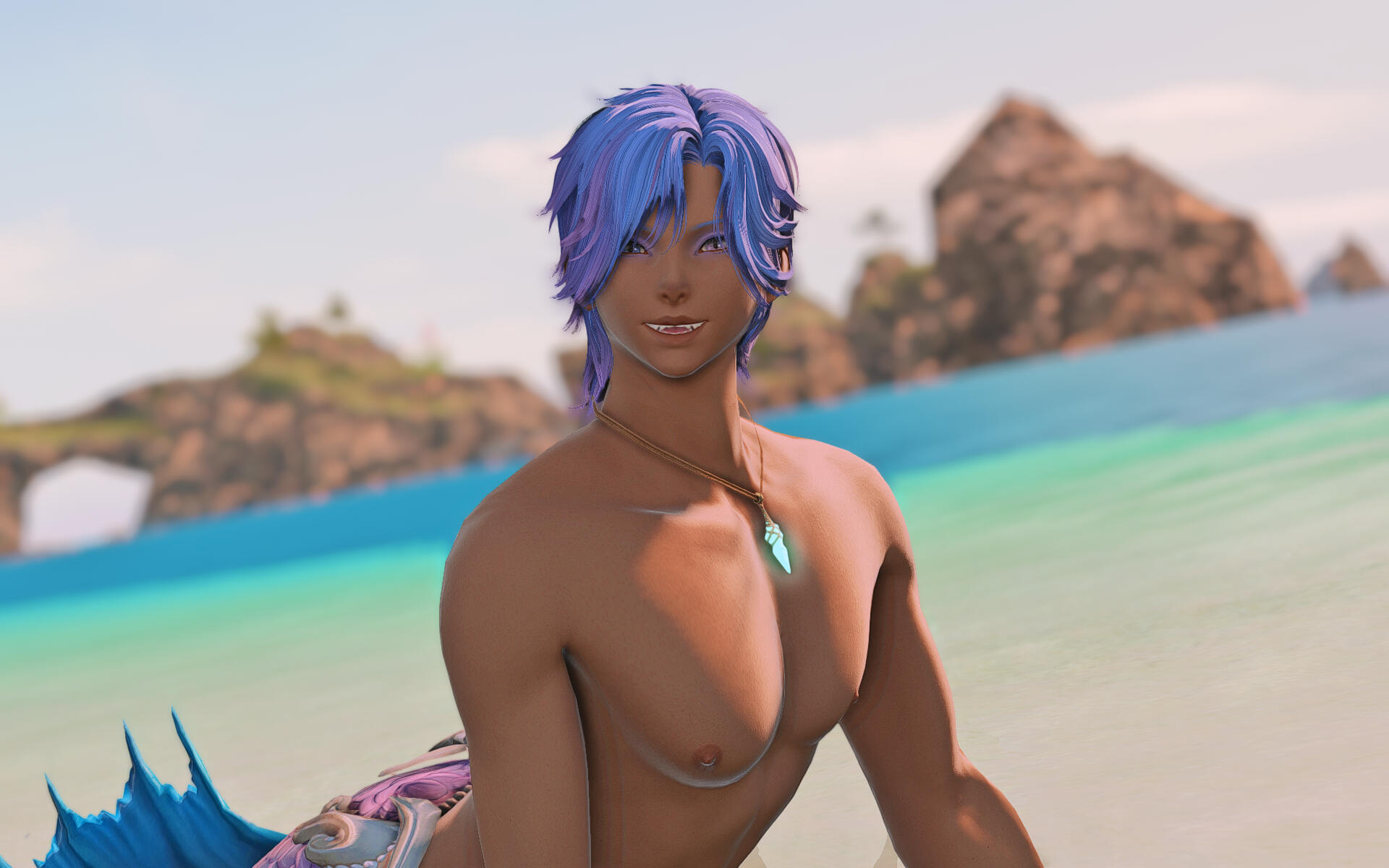 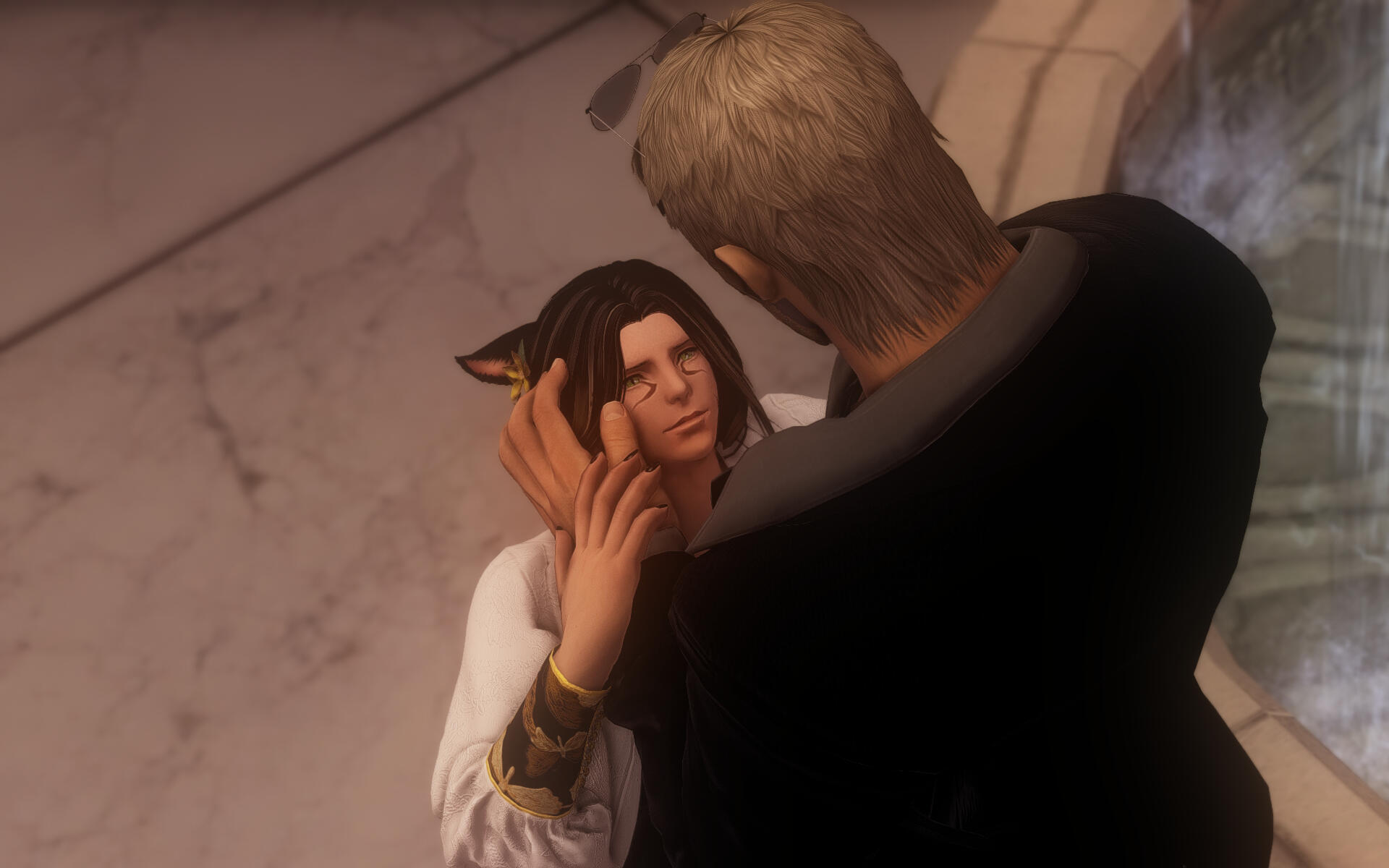 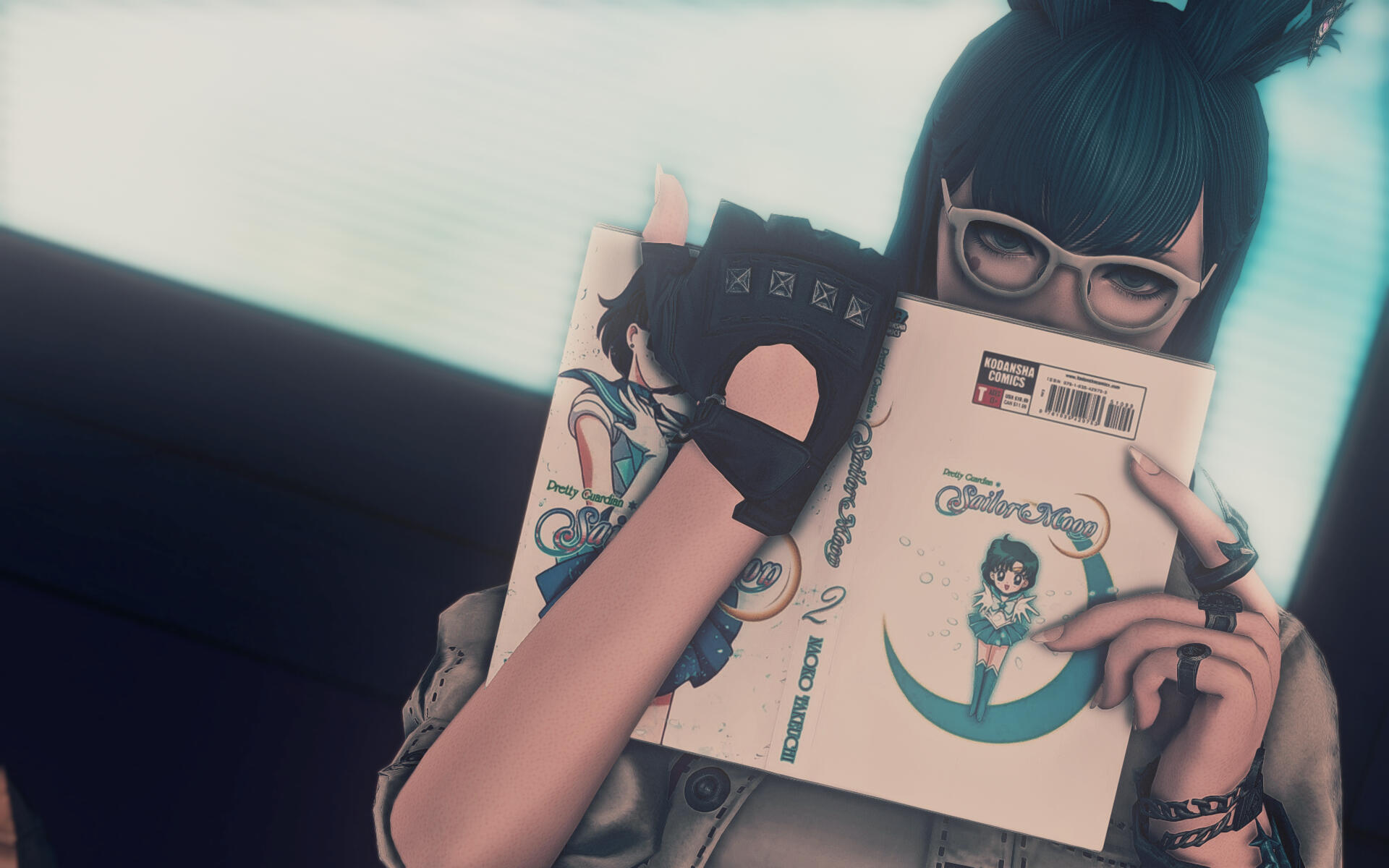 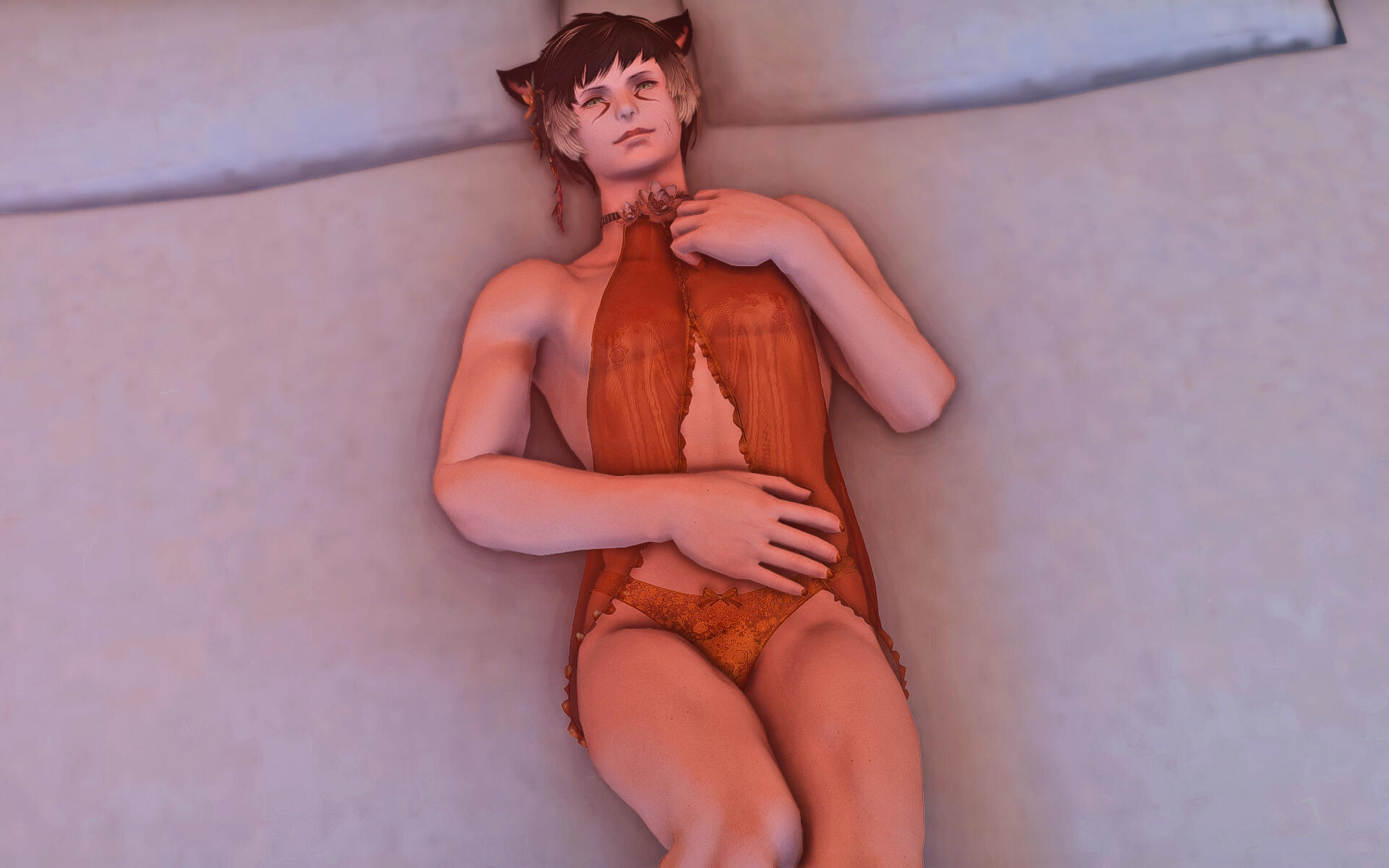 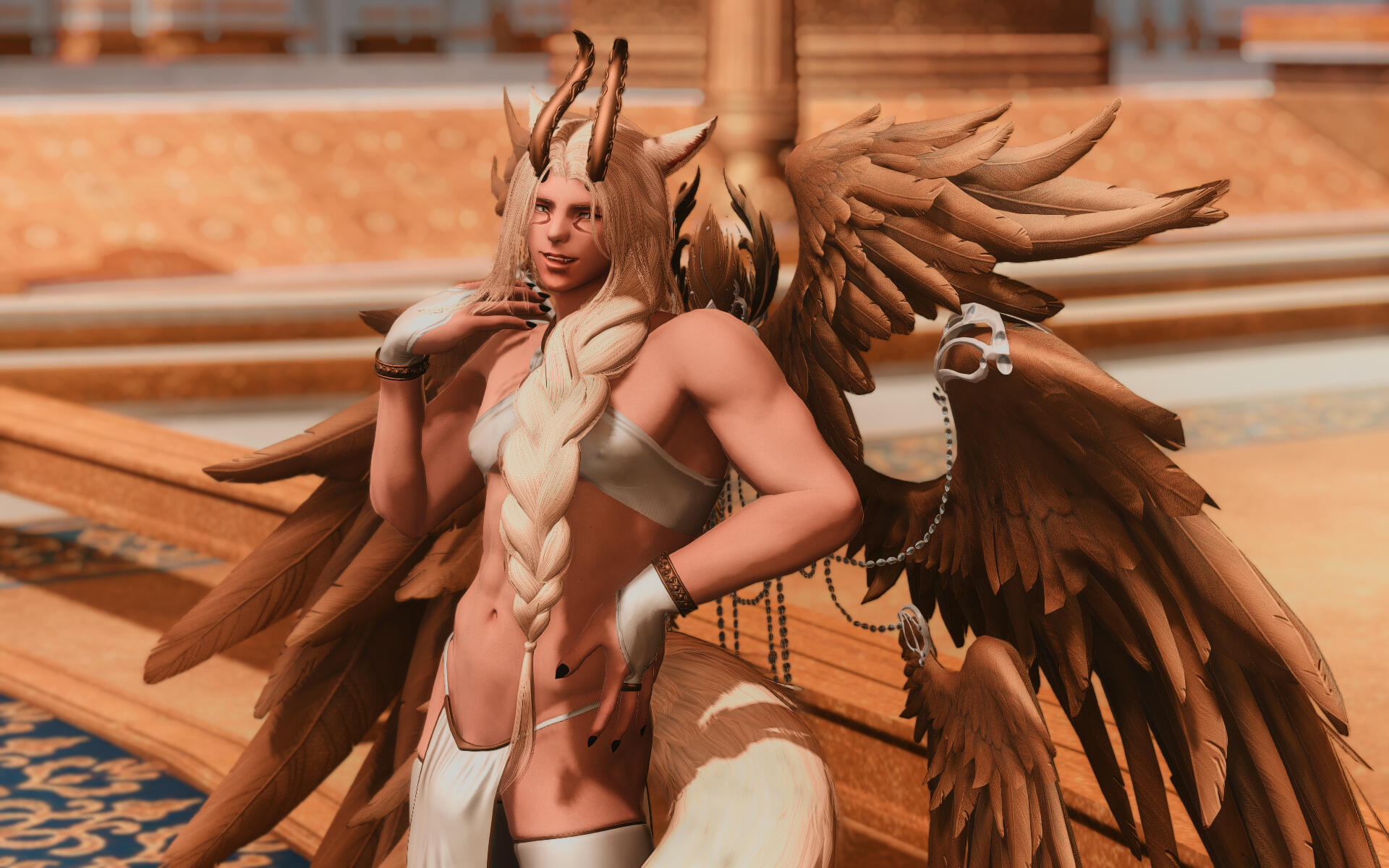 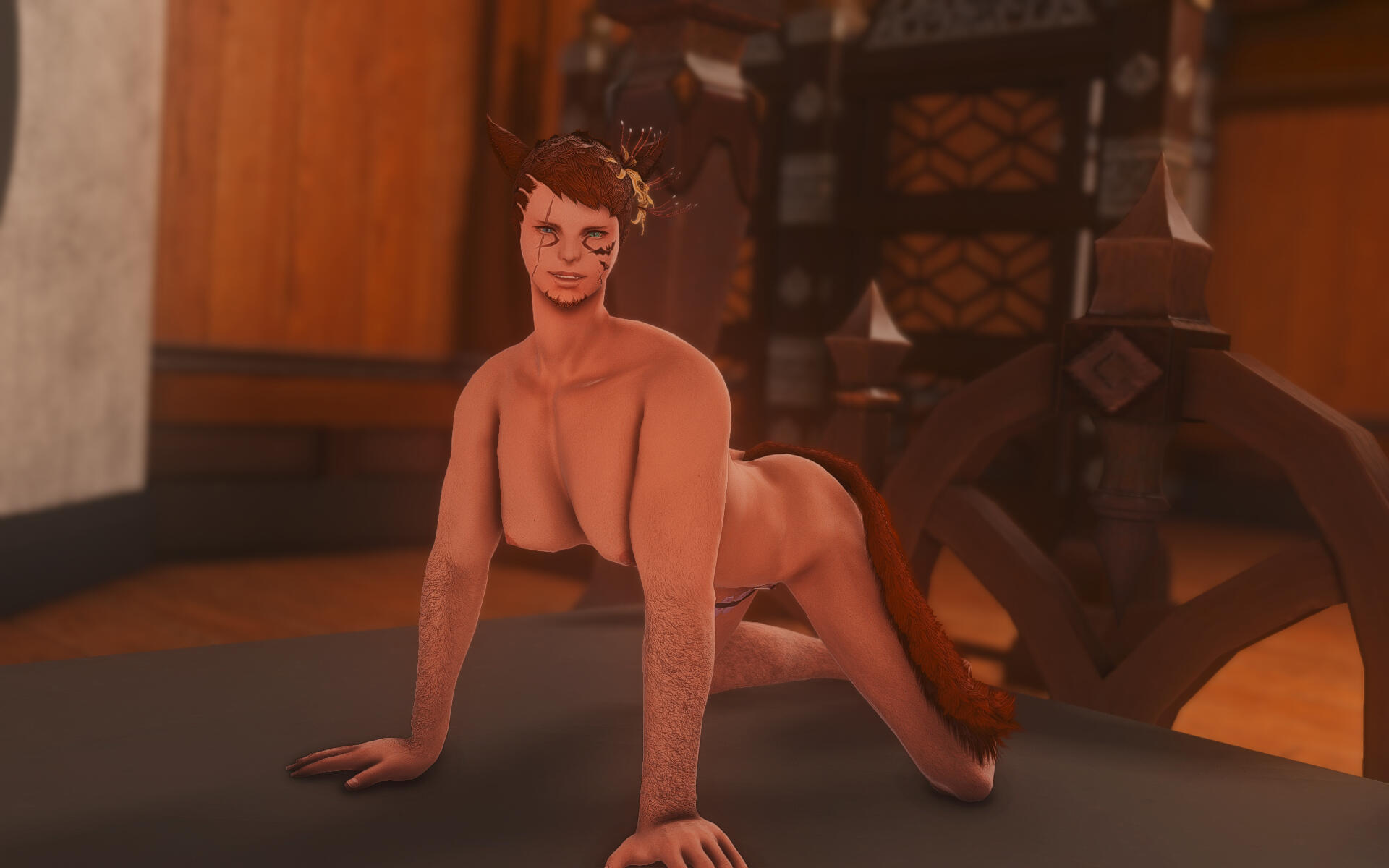 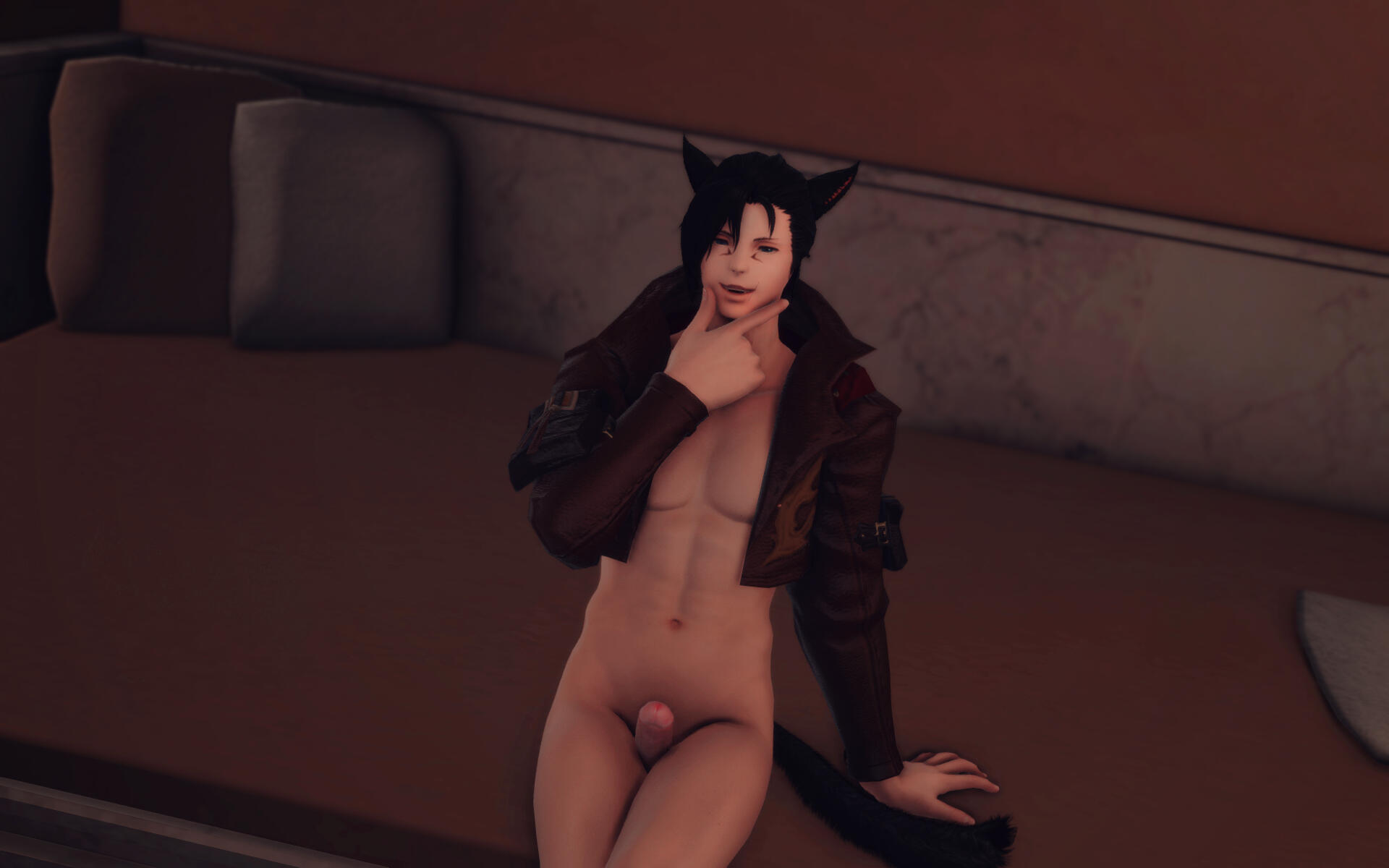 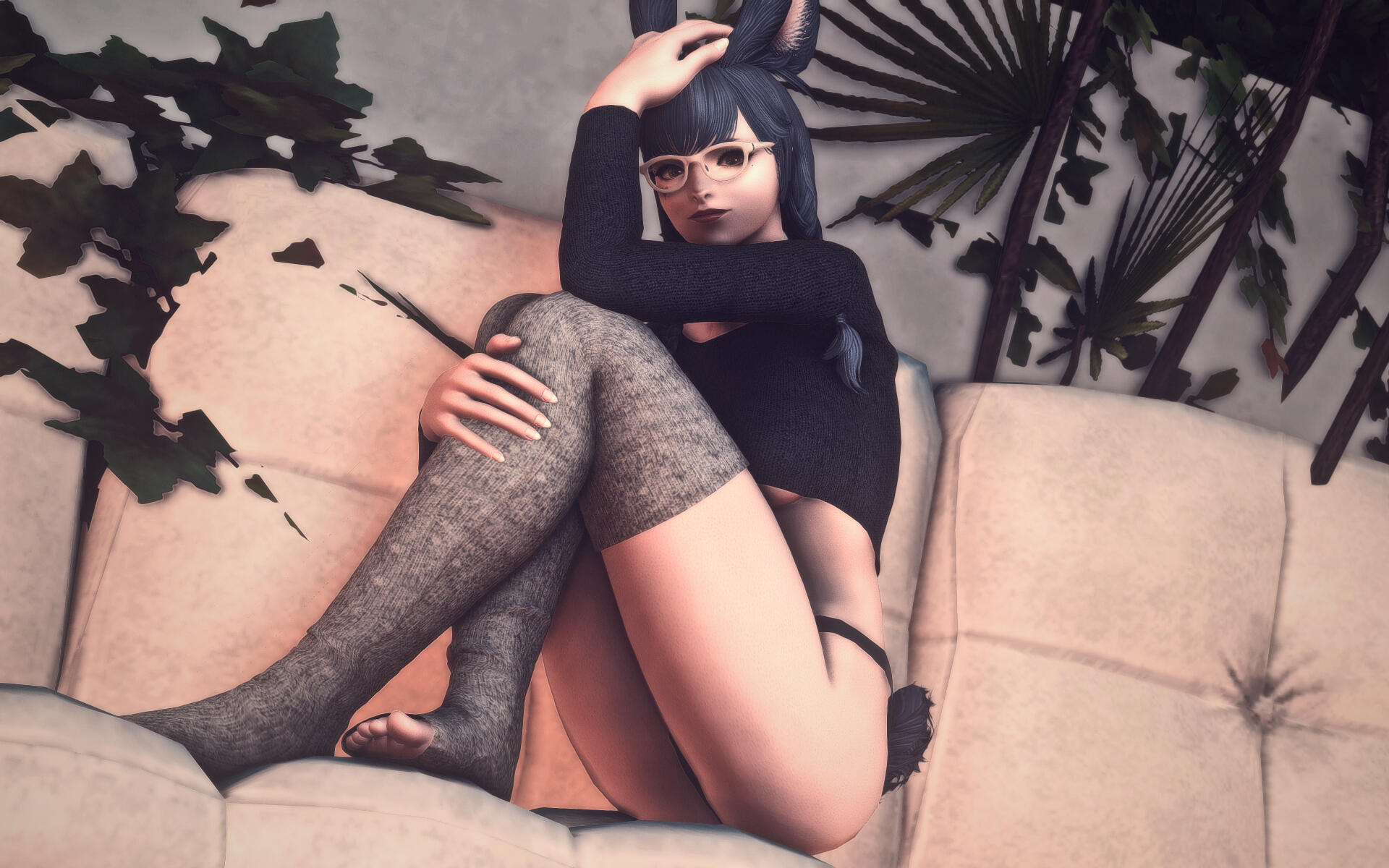 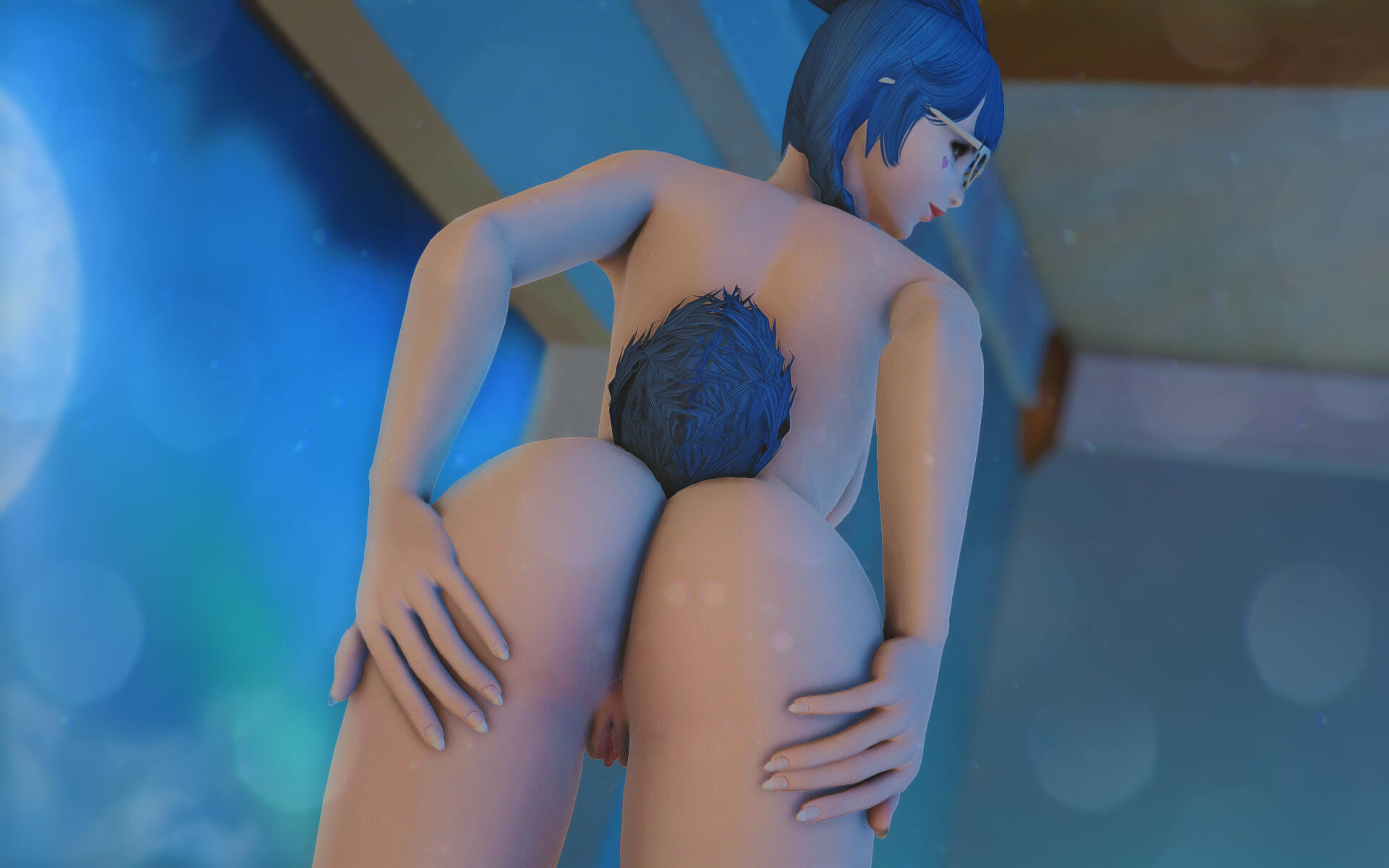